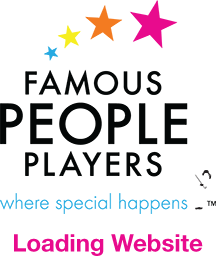 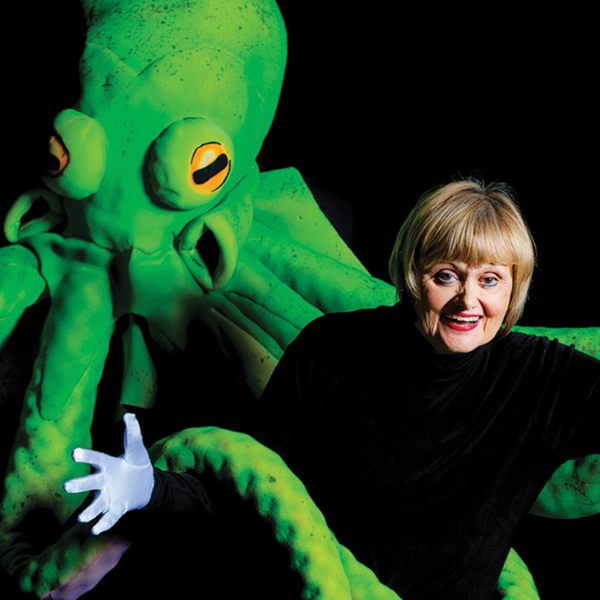 Famous PEOPLE Players - Glow in the dark Dine & Dream Dinner Theatre. From Broadway, to Radio City Music Hall and around the World – FPP is Where Special Happens!” OPEN - Tuesday through Saturday, subject to availability - All year long.

The black light performance of Famous PEOPLE Players was discovered by Liberacé, and they were his opening act in Las Vegas for 10 years. Their production of the Sorcerer’s Apprentice was part of the re-opening of Radio City Music Hall, and their success continued with two runs on Broadway and performances in China, Korea and Singapore, and throughout the United States. Their Dine & Dream Theatre in Toronto was generously sponsored by actor Paul Newman through sales of Newman’s Own products sold in Canada. He remained a very devoted supporter and honorary director on our board.

They were the first to perform at the Peace Memorial in Hiroshima during their 10 year tour of Japan. They have made television appearances on A&E Breakfast for the Arts and Bravo!, and gave a televised performance for Ronald Regan at the Shamrock Summit. Other appearances were on television series’ 7th Heaven, Red Skelton’s Funny Faces, and their Emmy-award winning CBS Movie of the Week “Special People”, based on the founding of the company.

Diane Dupuy, the company founder, is an outstanding motivational speaker who spoke along-side former Vice President Al Gore at the Alliance for a New Humanity. With 5 honorary degrees, she was awarded the Order of Canada and the Queen’s Jubilee medal for her work in Theatre and her dedication to the integration of PEOPLE with disABILITIES. She was also received the EY Social Entrepreneur of the year award.

Diane delivered a stunning keynote address, on the inner environment at the Alliance of a New Humanity in Puerto Rico alongside former Vice – President Al Gore. Hosted by Deepak Chopra.

Her many outstanding speaking engagements to name a few, includes IBM Golden Circle, in Hawaii, IBM USA United Way campaign kick- off in White Plains New York and the Million Dollar round table, at the Real Estate convention in Atlanta Georgia. Which led to her being invited to the Real Estate conference in Florida. To book Diane as a motivational speaker, contact annie@famouspeopleplayers.com. All her keynote addresses, receive standing ovations and excellent endorsements, as she acts it all out on stage her human journey to Dare to Dream!

For further information on the rich history of Famous PEOPLE Players, please contact (416) 532-1137.

“Iridescent spectacle that drenches the senses in light and sound. It is something for the kids and also for grown-ups. The magic of the theatre, the magic of diversion, the magic that compels one to say ‘That’s Entertainment’.” -New York Times

“Famous PEOPLE Players are rather more than a bunch of enthusiastic theatrical artists living out a precious dream in a manner that’s startlingly unique.” – Toronto Star